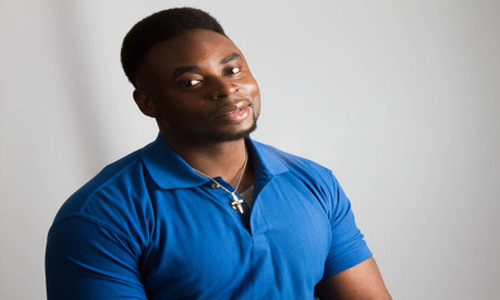 Pride of Reading Community Champion 2010. Founder of Jokes Down Town charity fundraiser 2010. Founder of Gospel Vibez 2015. Has Reading Got Talent Judge 2011,12, 13 and 14. Open act for Diversity Dance Group 2012. Over 1 thousand live performances including the UK and Abroad. Born with 3 fingers and a thumb on his left hand. 4Fingaz was a name he chose to encourage others that might appear different outwardly or internally that they are beautiful and perfectly made. God makes no mistakes!

Many years passed, He became a Christian that sat on the fence. Very early on in 2015 a friend from his church who was on FIRE for God passed on to Glory at just age 30.This had a big impact on 4Fingaz. He decided he would no longer want sit on the fence, when he goes to glory he wants Jesus to welcome him with open arms and say “this is my son in whom I am well pleased.

More in this category: Previous Bryson Tiller Next Don Diestro
back to top